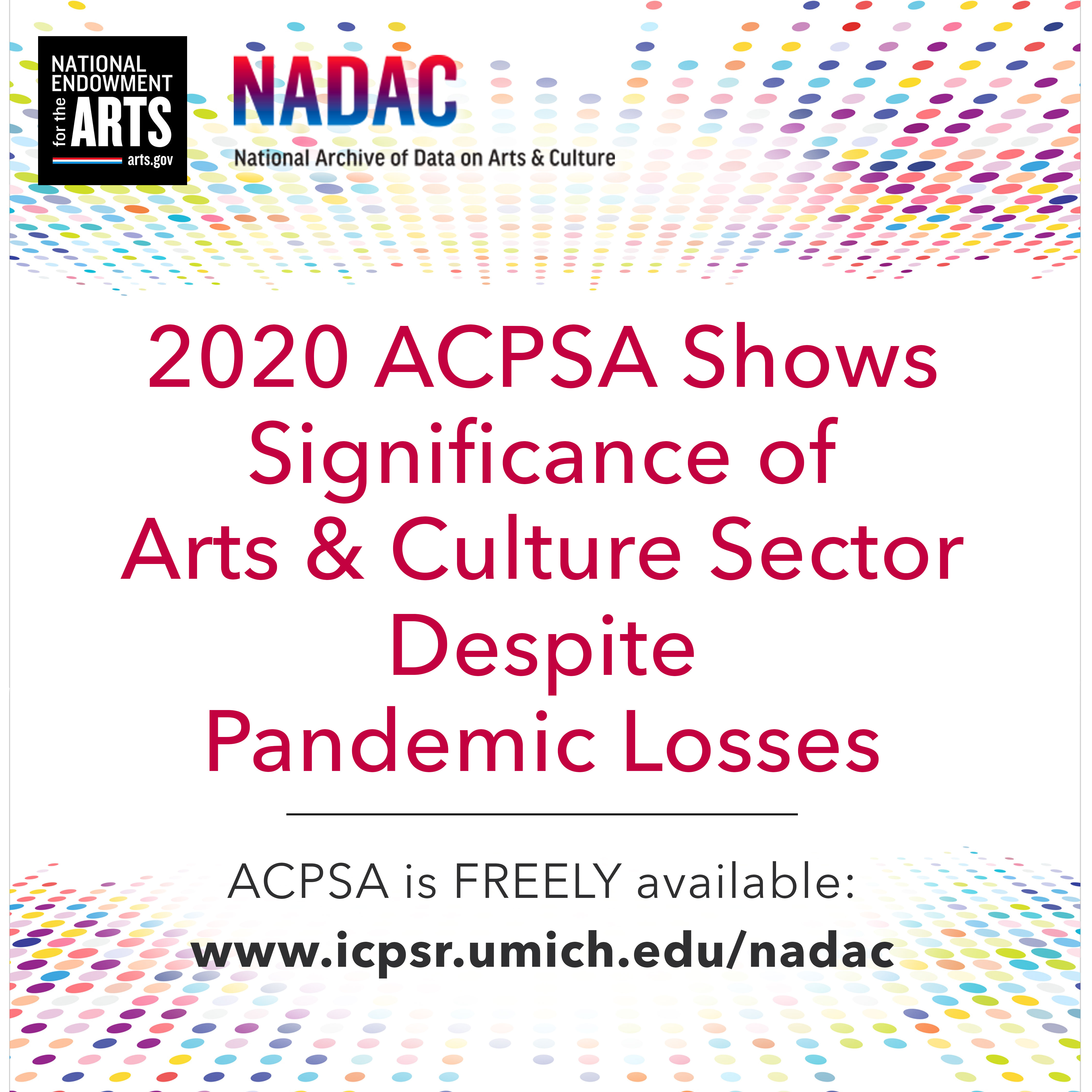 The recently updated Arts and Cultural Production Satellite Account (ACPSA) shows significance of the arts & culture sector to the U.S. economy despite substantial losses due to the pandemic, which shrank the sector by 6.4 percent when adjusted for inflation, compared with a 3.4 decline in the overall economy. Learn more in the latest NEA report on the Economic Impact of COVID-19 on Arts & Culture Sector. The 1998-2020 national- and state-level ACPSA data tables and documentation files are now freely available for download from NADAC, a data repository funded by the National Endowment for the Arts (NEA).

About ACPSA: The Arts and Cultural Production Satellite Account is produced through the partnership between the United States Bureau of Economic Analysis (BEA) and the National Endowment for the Arts (NEA). Built with the BEA's input-output (I-O) accounts, the ACPSA provides detailed statistics that illustrate the annual economic impact of arts and cultural production on the U. S. economy from 35 industries, both commercial and nonprofit, ranging from architectural services to sound recording. The ACPSA state-level employment data table contains annual employment and compensation estimates for each state by industry, and comparisons with ACPSA employment and compensation by industry the same year. It also includes the annual total of employment in each state across the arts and cultural commodities industries.

About NADAC: National Archive of Data on Arts and Culture (NADAC) is a repository that facilitates research on arts and culture by acquiring data, particularly those funded by federal agencies and other organizations, and sharing those data with researchers, policymakers, people in the arts and culture field, and the general public. It is one of several topical archives hosted by the Inter-university Consortium for Political and Social Research (ICPSR), the largest social science data archive in the world and part of the University of Michigan's Institute for Social Research. NADAC is funded by the National Endowment for the Arts (NEA). Thanks to the support from the NEA, users can obtain data from NADAC completely free of charge.