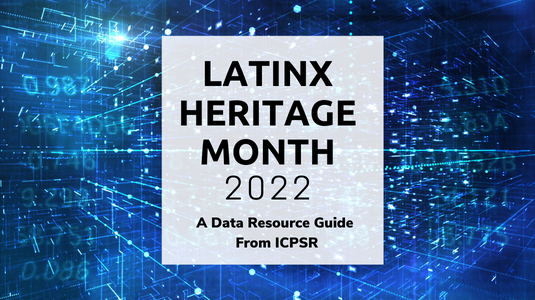 Happy Latinx Heritage Month (Sept. 15-Oct. 15)! Let’s explore some of the ICPSR data resources focusing on the Latinx community. Check out the list below, and suggest additions, too!

Studies related to this publication: