The ISR community mourns the passing of former ICPSR Director Jerome Martin Clubb, who died on Dec. 15, 2021, in Vancouver, Washington, at the age of 93.

A child of the great depression, Clubb remained a champion of the poor throughout his life. As a youth, he worked in the fruit orchards of the Yakima Valley and as a stock boy. After completing high school, he earned an Arts Associate Diploma from Yakima Valley Junior College. In September 1950, he enlisted in the United States Army and served in Germany from 1951-1953, rising to the rank of Sergeant First Class. With the support of the GI Bill of Rights, he attended the University of Washington, where he received a PhD in history in 1963.

Clubb started his professional career as a member of the Department of History at Bowling Green State University in Ohio (1961-1965). In 1966, he moved to the University of Michigan, where he worked for 26 years until 1992. He retired from U-M as a research scientist in the Institute for Social Research and a professor in the Department of History. The U-M Board of Regents named Clubb professor emeritus of history and research scientist emeritus. While at U-M, he served for 16 years as executive director of the Inter-university Consortium for Political and Social Research (ICPSR). Clubb was honored in 1992 at U-M by selection as the Henry Russell Program's Senior Research Scientist Distinguished Lecturer; the title of his lecture was “Social Science History: The Present in Perspective.” Clubb received ICPSR’s Warren Miller Award for Meritorious Service to the Social Sciences in 2003.

Clubb’s formal training at the University of Washington was in History, in a then-new field called “quantitative history.” His approach to “history from the bottom up” led him to Ann Arbor, where he first directed ICPR's Historical Data Archive from the mid-1960s to the mid-1970s. He became the third (and longest-serving) Executive Director of ICPR in 1975, continuing in that post until 1991. During his tenure as Director, he aggressively pursued the disciplinary diversification of ICPSR (the “S” for Social being added to the organization's name in his first year as Director). Clubb not only sought to bring his home discipline of History under the Consortium umbrella, but he was also instrumental in welcoming and designing ICPSR programs for Sociology and two of its more specialized subfields, aging, and crime and criminal justice. He helped establish the Consortium's two oldest topical archives — the National Archive of Data on Aging and the National Archive of Criminal Justice Data.

Clubb helped create and promote other institutions and causes in the social sciences. He was a co-founder and first Executive Director of the Social Science History Association and was elected as its eighth President in 1983. He served in the 1970s and 1980s as a section chairperson of the IREX-sponsored Council for International Exchange of Scholars, responsible for facilitating two-way visits of librarians, archivists, historians, and social scientists between the U.S. and the USSR. In that capacity, he led delegations to the Soviet Union and hosted dozens of Soviet scholars in Ann Arbor, thus helping keep open lines of scholarly communication between those two countries during the last two decades of the Cold War.

In 1968, Clubb established ICPSR's Summer Training Program Seminar in Quantitative Historical Analysis, the longest continuous training venue for historical analysis in the social sciences, which has trained hundreds of graduate students and faculty members. His dozens of articles and several scholarly books range widely over topics such as electoral realignments in the US in the nineteenth and twentieth centuries, archiving of quantitative materials, and family living conditions near the turn of the twentieth century. There is a scholarship in Clubb’s name that was initiated by ICPSR and the Social Science History Association.

Clubb was preceded in death by his wife, Vera, and is survived by his daughter, Leslie Ann Krager, and his son, Robert Thompson Clubb, as well as four grandchildren. No services will be held. In lieu of flowers or other remembrances, donations should be made to your local food bank.

Below are some remembrances of friends and colleagues throughout the community. 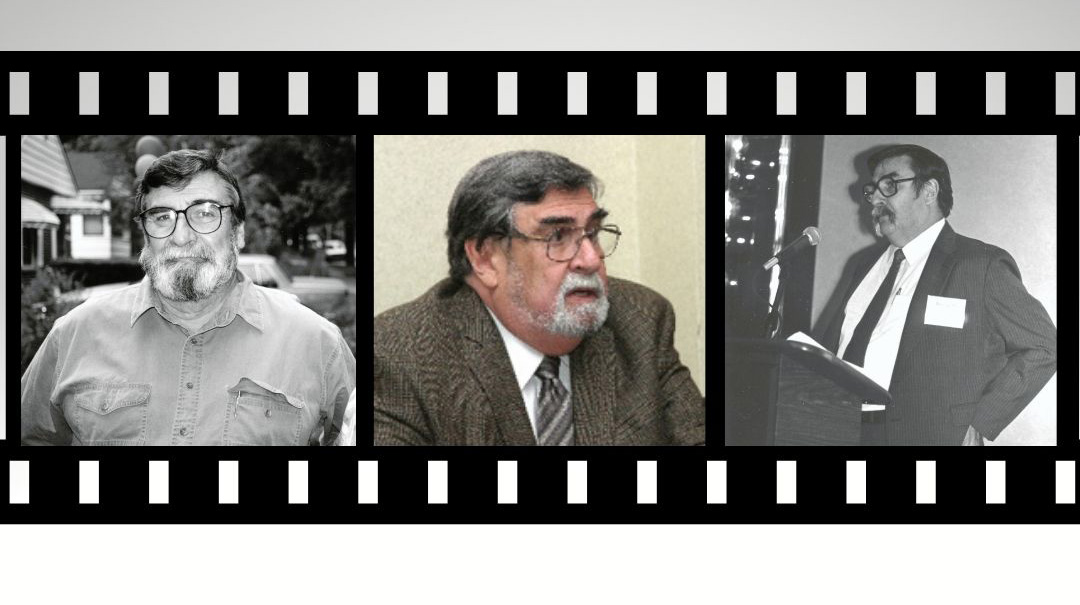 "ICPSR offers its sincere condolences on the passing of longtime Director Jerome Clubb. His memory and work live on here at ICPSR and ISR, and in the ICPSR Summer Program scholarship that is named for him."

"I was saddened and surprised to hear that Jerry Clubb had died. He was a wonderful colleague and a leader in social science history. I will share my early experiences with him when I came to the University of Michigan. I was very interested in social science history and my dissertation was on Demographic Change in America from the Revolution to the Civil War. As a recent Assistant Professor at the University of Wisconsin, the History Department at the University of Michigan wanted to hire a quantitative historian and approached me. I was tempted by their offer, but worried about being isolated in a department that was not very involved in social science history. Fortunately, Jerry, who was a member of the history department as well as in ISR, was very active in the social sciences, and helped secure an appointment for me as a Faculty Associate in ISR in the Center for Political Studies in 1974. As a senior colleague, he was always there to help me with my work and career. He not only played a key role in quantification and the social sciences at ISR, but he was the ICPSR Director from 1975-1991. In 1984 he asked me to join him in writing an article, "Training and Retraining in Quantitative Methods of Social Research," in the Historical Methods Journal. That analysis of the comparison of political science and history was not only candid and useful then, but still somewhat accurate today. “If the training of historians in quantitative methods has been inadequate in the past, is there any reason to suspect that it will improve dramatically in the next five to ten years? Unfortunately, we think it unlikely that there will be a significant improvement in the quantity and quality of social science training within history departments."

“Early in my graduate career, I was fortunate to have worked with two great institution builders – Warren Miller and Jerry Clubb. I worked for more than two decades with Jerry, helping to fulfill his vision of a multidisciplinary organization that was membership-based and organized around the principle that no investigator ever exhausts the analytical utility of their data. Other researchers could take advantage of a dataset at very low or no cost to test hypotheses that the original investigator had never thought of. And the accumulation of data over time and/or geography would extend that utility for others. Jerry often generously extended collaborative writing opportunities to members of the staff, especially the graduate students, in the form of articles and book chapters. I retain with fond memories my copy of the monograph Computer Applications in History and Political Science, co-authored with Erik Austin and Jerry (International Business Machines Corporation: White Plains, N.Y., 1972).”

"In 1968, I was assigned to the Historical Archive, under Jerry Clubb.  My project was to make “The Lord Collection” machine readable.  The collection consisted of several records for every roll call ever taken in the U.S. House and U.S. from the first Congress through, I think, the 1930’s.   The Lord Collection and I went to the City Center Building Basement.   There was a special room with metal shelving for all the roll call bundles.  I have a very clear memory of Jerry staring at me in horror (and perhaps somewhat accusingly) as the overloaded shelves collapsed around us, bundles tumbling to the floor.  I worked for Jerry from that point until 1984.   We had a good working relationship and enjoyed many conversations on a variety of topics.  He was a fierce advocate for ICPR, and for those who worked for him.   He was especially concerned for the professional development of his grad student employees.  He was tough-minded, realistic, brilliant and even charismatic. We didn’t part on the best of terms when I left ICPSR to work for the National Election Studies but I hope and believe that over time he forgave me.  I certainly remember him with great fondness, and have thought of him often over the years since he left Ann Arbor for Port Angeles."